The restaurant station guides had been word-heavy, which meant there was double the text including Spanish translations. They had also used photographs, which were expensive and difficult to show all the ingredients looking correct, as well as appetizing. The guides were difficult to use in the crew's "time of need" (when they don't remember how to make a certain sandwich) as well as during initial training.

I tested and created new station guides using drawn graphics in Adobe Illustrator. I also put a heavy black outline around the outside of each graphic to make it stand off of the background; plus, it separates each ingredient. I also removed the complicated, word-heavy information and used specific visuals to show sandwich builds or processes (ex: instead of saying "Quarter Pounder Bun Top", I simply used a "Q" and illustrated the bun top rounded compared to the heel to depict the crown.

Developing the guides how I did made them much easier to use, quicker to be referenced and much less expensive to produce. In testing, I also found that even the Hispanic employees that can't read English or Spanish were now able to use them visually. The graphics are now consistent throughout all training materials (digital and printed).

Since I have to keep the "secret sauce" secret, I built a fake burger showing what one of the station guides looks like. I developed these guides to be modular and able to hang from each other with clips. If the restaurant did not serve a particular sandwich, they simply did not put it up. I also developed the hanging fixtures with an outside vendor. 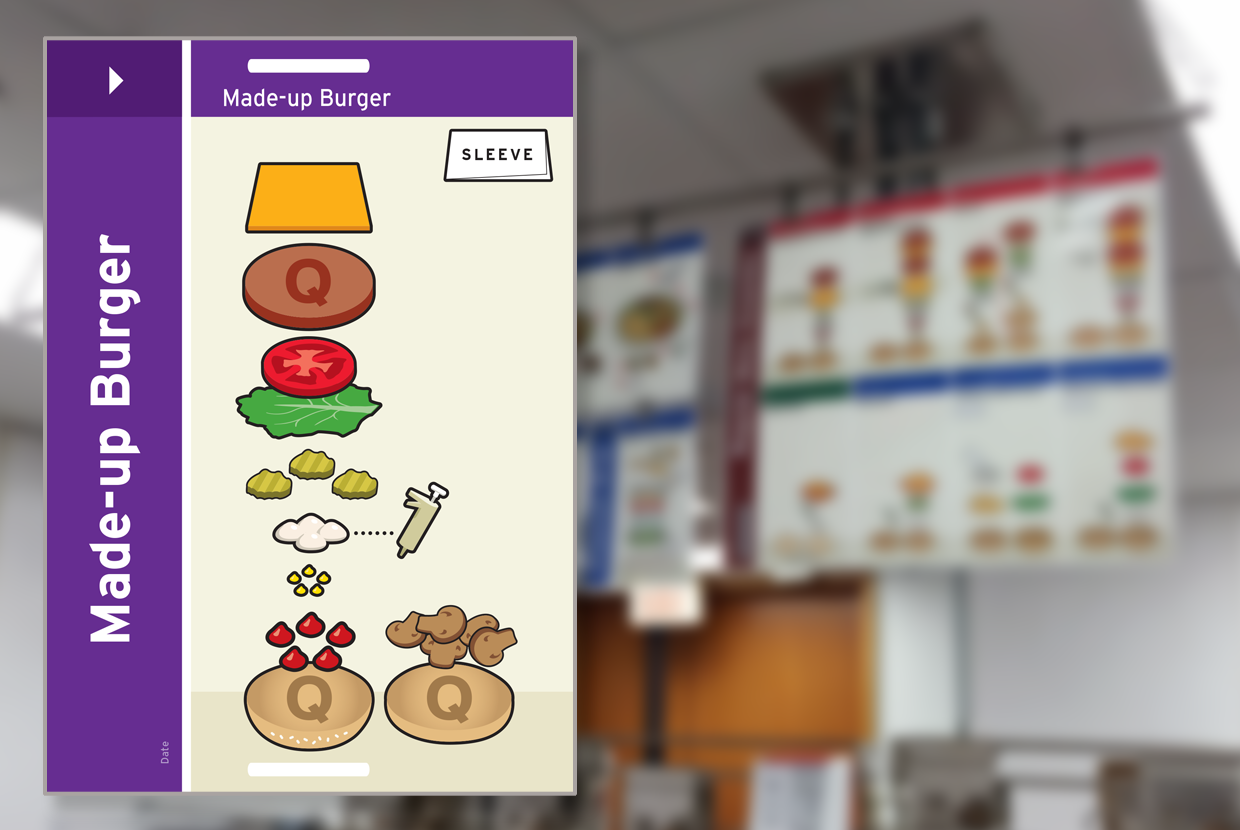 There needed to be an illustration of an entire restaurant that could be used for eLearning, where one could zoom in on a specific area of a restaurant. I illustrated this graphic as an isometric drawing for that purpose. 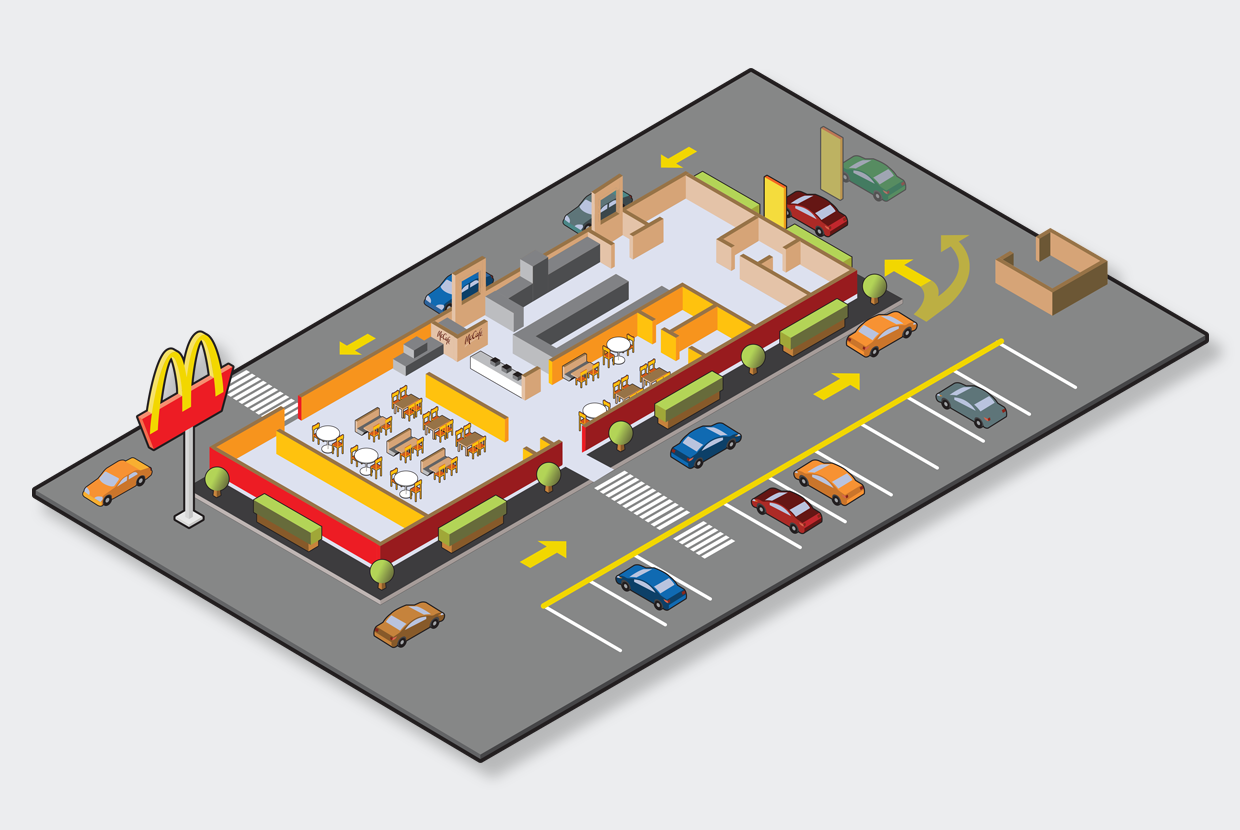